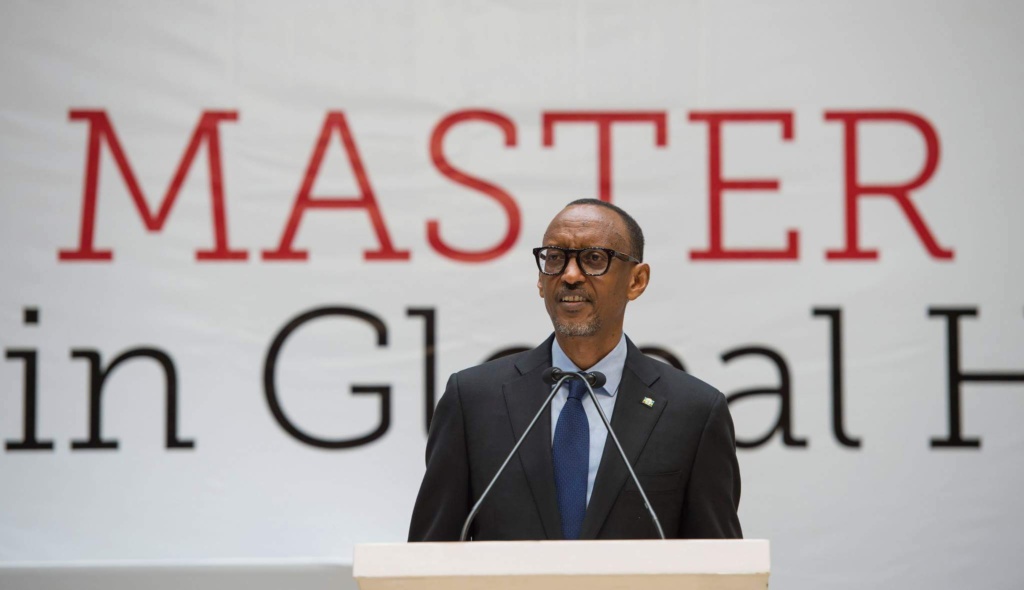 President Kagame speaks at the UGHE graduation on Saturday

President Paul Kagame said Saturday that government officials at different levels were not doing enough to support local talent – warning that he was taking action to change the situation.

Citing the case of Salome Nyirarukundo – a 20-year old female winner of last weekend’s Kigali Peace marathon (women), Kagame said concerned officials had done little to support her and others with rare talents.

The President also highlighted the case of the Rwanda cycling team, which he said has uplifted the country’s image but not much was being done to promote the acclaimed riders and the sport in general. The sport has emerged as one of the most popular sports – only competing against soccer due to the wins the local riders have brought home from international competitions.

“I refuse to accept that we lack people of exceptional talent,” said Kagame in address to some 2000 athletes, journalists and artists gathered at Radisson Blu Hotel & Convention Centre.

“There are talented people around the world who live in the same environment we live in.” 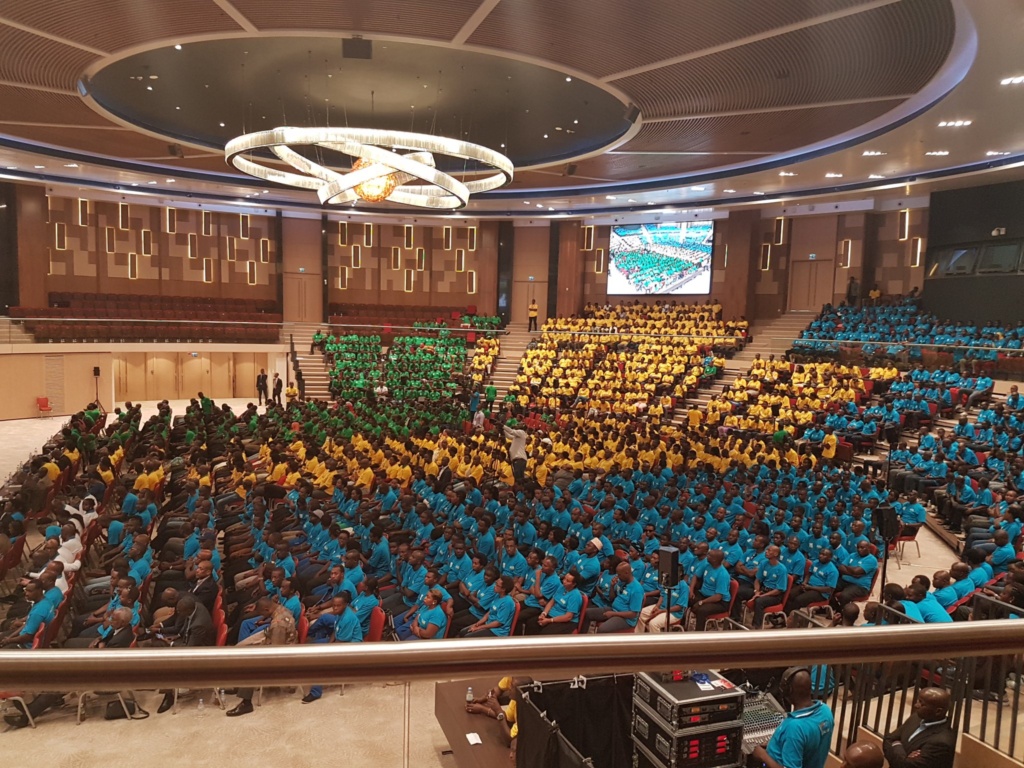 Some 2000 journalists, athletes and artists were addressed by President Kagame on Saturday

The session is part of the regular ‘Meet The President’ events. Those in attendance on Saturday completed the “Itorero”, a national civic education program.

The three groups are known as ‘Impamyabigwi (journalists), Imparirwakubarusha (athletes) and Indatabigwi (Artists). Each group that goes through the program gets its own name. Itorero has roots from centuries of Rwandan traditions.

In his speech, President Kagame said that the practice of more officials attending international sports events than athletes must change.

“Rwanda can achieve a lot using fewer resources,” he said. 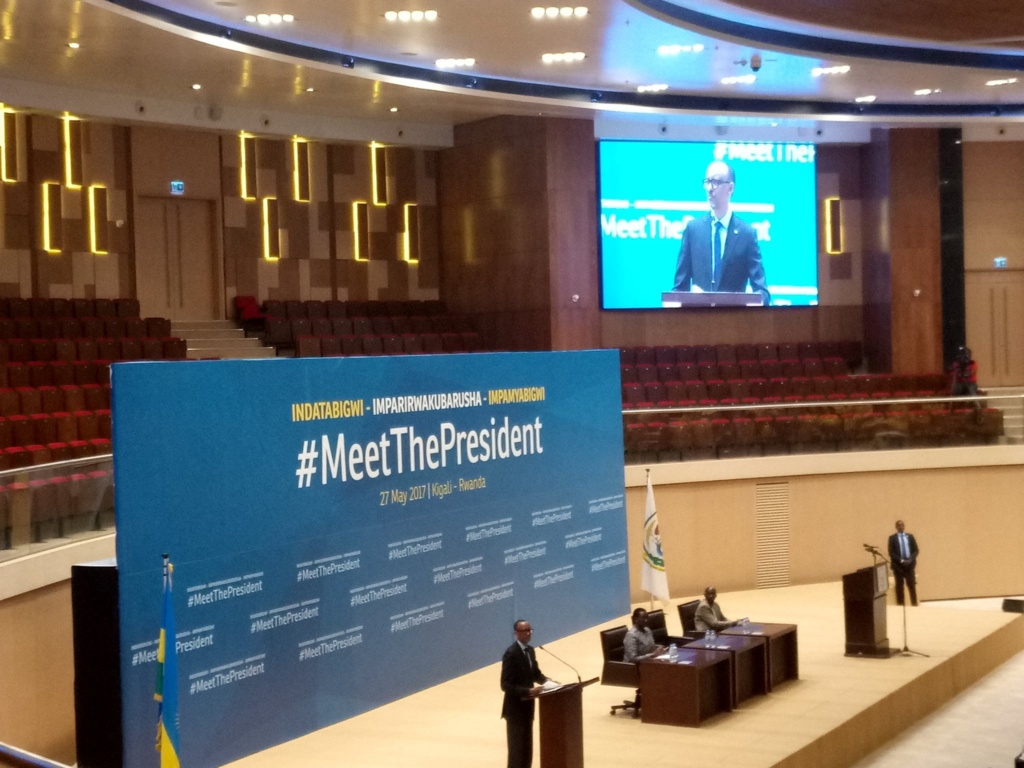 President Kagame speaks at the “Meet the President” event

“We are ready to provide our support but you must be ready and willing to put in the work. Have humility but also the strength to exercise your talent and go beyond being a spectator on the sidelines,” said the President.

Meanwhile earlier, accompanied by the First Lady, Kagame attended graduation at the University of Global Health Equity (UGHE) for 24 graduate students from 12 countries. 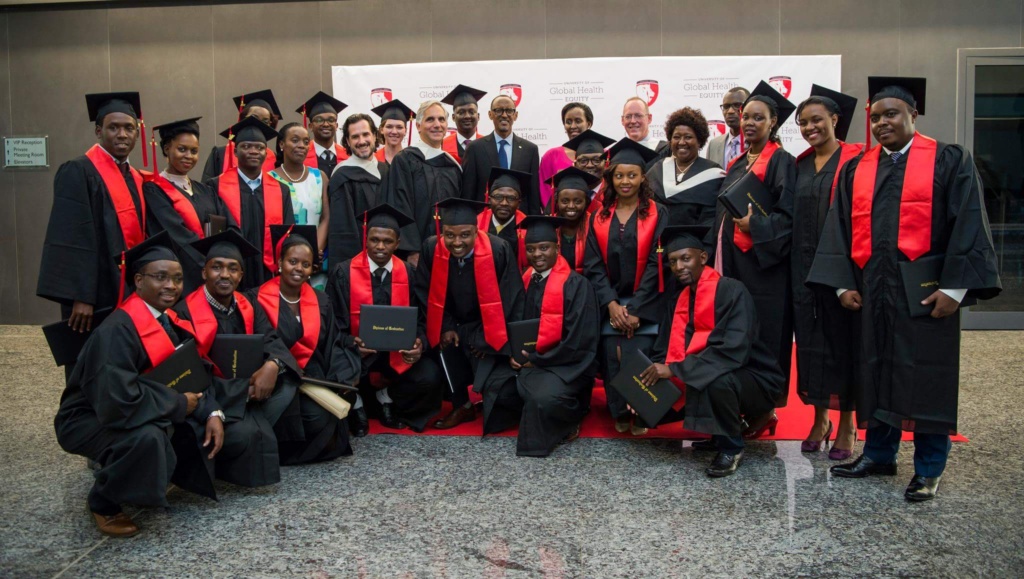 Addressing the graduates, Kagame said: “This initiative started with the subversive idea that world-class health education could be delivered in Africa.”

The President thanked Partners in Health – a global health organization which has established the first ever cancer treatment centre in Burera district in northern Rwanda. A multimillion dollar UGHE campus is under construction adjacent to the centre.

Paying tribute to Paul Farmer, co-founder of Partners in Health which is the parent organization of University of Global Health Equity, Kagame said that the American medic and academic ‘belongs here as well as the U.S.”

“You can be assured of our continued support as this institution grows into a beacon of excellence in our country and our region,” said Kagame.

“I encourage you to see yourselves as leaders as we work together to develop our country’s well-being and prosperity.”

Survey Reveals 7,797 Families Were Wiped-out During Genocide Against Tutsi