Africa’s Secret is Unity of Older and Young Generations -Akon 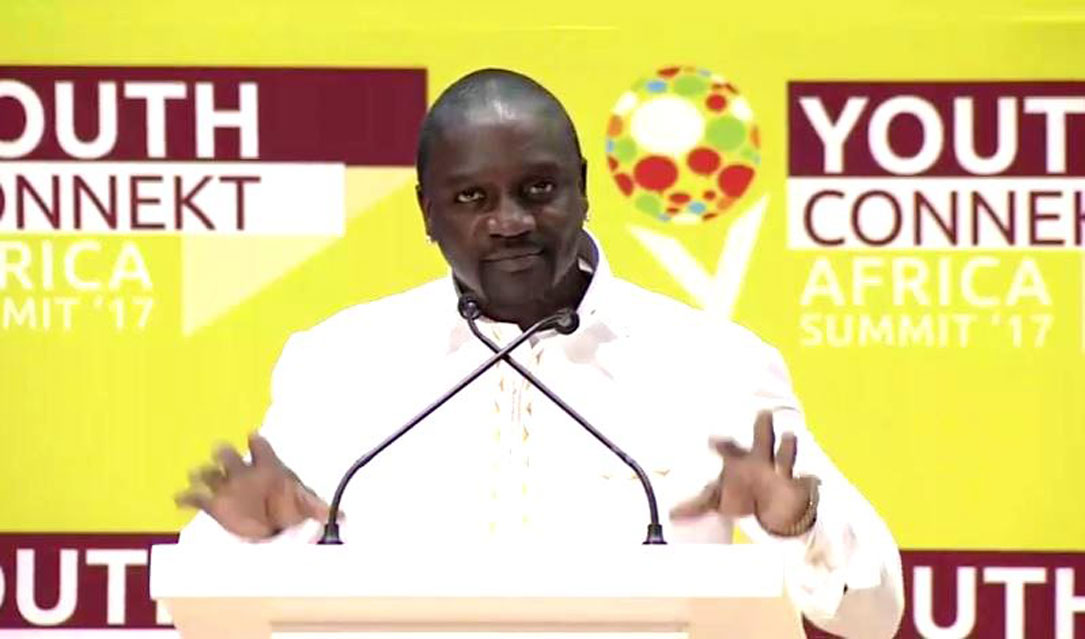 There is a certain special feeling that hits everyone every time they arrive in Rwanda- Organisation and action, US based hip-hop artist Akon said in his remarks at the ongoing Youth Connekt Africa Summit.

“When am in Rwanda, everything around me is so organised. Women here are very active and better multi-taskers than in New York,” Akon said.

Akon is a Senegalese-American singer and a successful businessman. He is involved in several investments across 25 African countries- one of the major projects includes The Akon Lighting Africa project.

Rwanda is among 14 African countries where Akon plans to launch his Akon Lighting Africa initiative that aims at bringing electricity to 600 million Africans, especially those in rural areas.

Launched in February 2014, The Akon Lighting Africa is reported to have secured $ 1billion credit line from a Chinese company – China Jiangsu International Group.

The ongoing Youth connekt Africa Summit in Kigali is focusing on youth entrepreneurship and exploring available opportunities for the youth on the continent.

Akon is very convinced that Rwanda is a lucky country because Women in this country are very active and are involved in almost all decision making organs.

“If you give a woman an order, she’s gonna do a good job that benefits a family,” Akon said, adding “men , we have our strength, we are just a muscle and when there is something to enforce, we are the perfect guys to call. But when it’s time for the execution, call the women.”

For Akon however, the youth role is the energy to  keep the ball rolling.

“When you are young you think about things that don’t even exist. So the young mind needs to interact with the older mind…elders are very special when it comes to a standpoint of seeing the future. They have seen it all.”

“If you see the technology being used today you can’t say the youth don’t know anything. The secret of Africa is the unity of older and young generation.”

The three day summit is expected to attract top executives from global companies that operate in Africa, leaders of civil society organizations, Africa’s development partners, members of the academia.