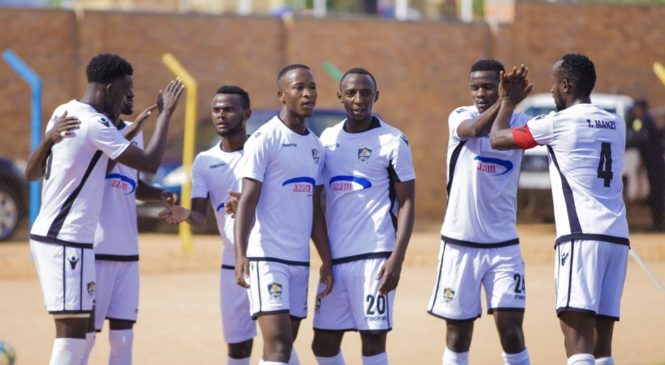 The Gasogi United FC president Charles Kakooza Nkuriza says current league leaders should be awarded the title if the 2019-2020 football season is brought to an early end amid the coronavirus pandemic.

In the light of the coronavirus pandemic, all sports activities were put on hold with the Rwandan top-tier football league suspended in the move to stem the spread of coronavirus.

It has been over a month since the league was put on hold with a maximum of seven games to go but it remains anyone’s guess whether there will be further matches with teams already struggling to cope with the coronavirus crisis and the country on lockdown until April 30 at the earliest.

Speaking to KT Radio, Charles Kakooza Nkuriza also known as KNC, said current leaders APR FC should be made champions if the season is cancelled.

“Cancelling the season with just seven games to go would not be ideal but if the coronavirus crisis lasts for more than two months then if they see it fit, they could award the title to current league leaders,” he said.

“The decision should be made in the general assembly but I think most people would agree to award the title according to current standings if the season is deemed to have concluded,” said KNC.

It is understood that the Rwandan Football Federation (Ferwafa) which is in charge of the league intends to complete the national football league although the return date has not been set and no meeting has taken place between Ferwafa and clubs to discuss football’s fate.

APR FC having played a game less than their title rivals are currently six points ahead second-placed Rayon Sports.

Hope Is My Favorite Theme – Senderi