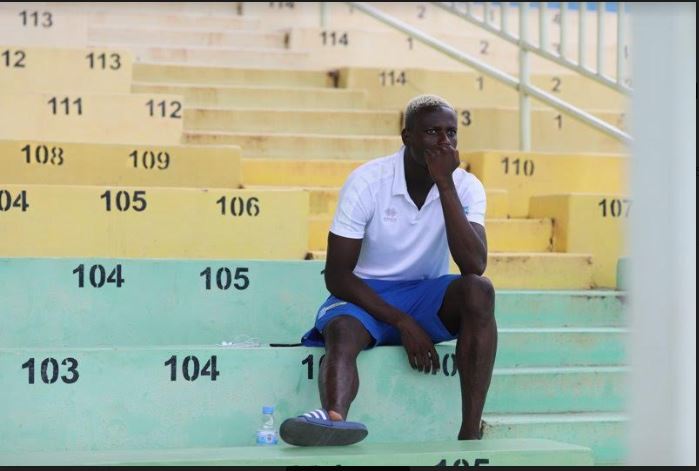 Rayon Sports FC have sacked the Ghanaian striker Michael Sarpong over indiscipline after the player publicly criticized his employer saying he does not deserve to run the club.

Sarpong who was into the second and final year of his contract with Rayon Sports, was dismissed after he criticized the club’s president Sadate Munyakazi during an interview with a local radio, Royal FM.

Sarpong was speaking hours after the club told its players they would have to forgo their salaries until football activities resume as the club starves off financial crisis during the shutdown caused by the coronavirus.

“He (club’s president) definitely doesn’t deserve this great club.This great club deserves someone who is mature, who is able to speak to his players,” said Sarpong.

Throughout the interview, the striker also voiced his anger that the club has decided to withhold the players’ salaries without consulting them.

“It doesn’t make sense to me because the president never contacted anybody in the team.Not even the captain.Everybody in the team is mad about the things that we see shared in the media.It doesn’t sound sensible to us at the moment.”

Michael Sarpong moved to Rayon Sports in September 2010 from the Ghanaian-based Dreams FC,and immediately hit the ground running scoring 16 goals in his first season as the club claimed the national league.

Earlier this year, Sarpong went for trials with China League One outfit Changchun Yatai FC but he couldn’t complete his move as the club signed the Nigerian Aaron Olanare instead. He then came back to Rwanda to continue the season with Rayon Sports, netting four times before the league was suspended

Rayon Sports is one of the few clubs that rely on matchday ticket receipts for income. Their last league game over a month ago was held behind closed doors due to the coronavirus fears and the club is currently facing a cash crunch

The club recently released a statement announcing that they will not be paying their non-playing staff until the football returns. The club also stated that players who have already gone two months without pay, will only get paid for February.

Following the statement, the club was caught in a tit-for-tat exchanges with the players as the player resist the club’s decision, claiming they have not been consulted before the decision was made while the club relies on the force majeure to justify the layoff.