As the start of the year signifies new beginnings for some in various aspects, our local celebrities have started it with a same new year’s resolution of settling down with a wave of engagements to their girlfriends.

For years musicians Meddy, The Ben, Kitoko and Emmy have always been secretive towards their girlfriends in so many interviews but 2021 is going to be a magic year in the local music industry.

Below are Celebrity couples that might show us big wedding functions this year.

Kitoko Bibarwa, the afro beat star shocked music fan base mid last year when he posted a photo kissing an unidentified female and later went ahead to propose to her.

The Akabuto hit maker although he hasn’t posted the full image of the girl he plans to settle with on social media, but recently on a phone interview with KT Radio, he admitted that the wedding is soon.

“I am committed to someone and the wedding is coming soon. I am one of those that will have to utilize the day of Saturday soon because I have completed all projects that have been making me busy and now it’s time to focus on my life time project,” says Kitoko.

Kitoko’s wedding was supposed to happen late 2020 according to local tabloids news and close friends but due to COVID-19 pandemic, it was postponed.

Another music star, Medard Jobart Ngabo, famous on stage as Meddy, came from USA  for the festive season (2019-2020) with her girlfriend, an Ethiopian born but residing in the USA, Mimi Mehfira.

The R&B heartthrob had come to perform at the East African party and during the course he called Mimi on stage, kissed her and announced that she is the official girlfriend. 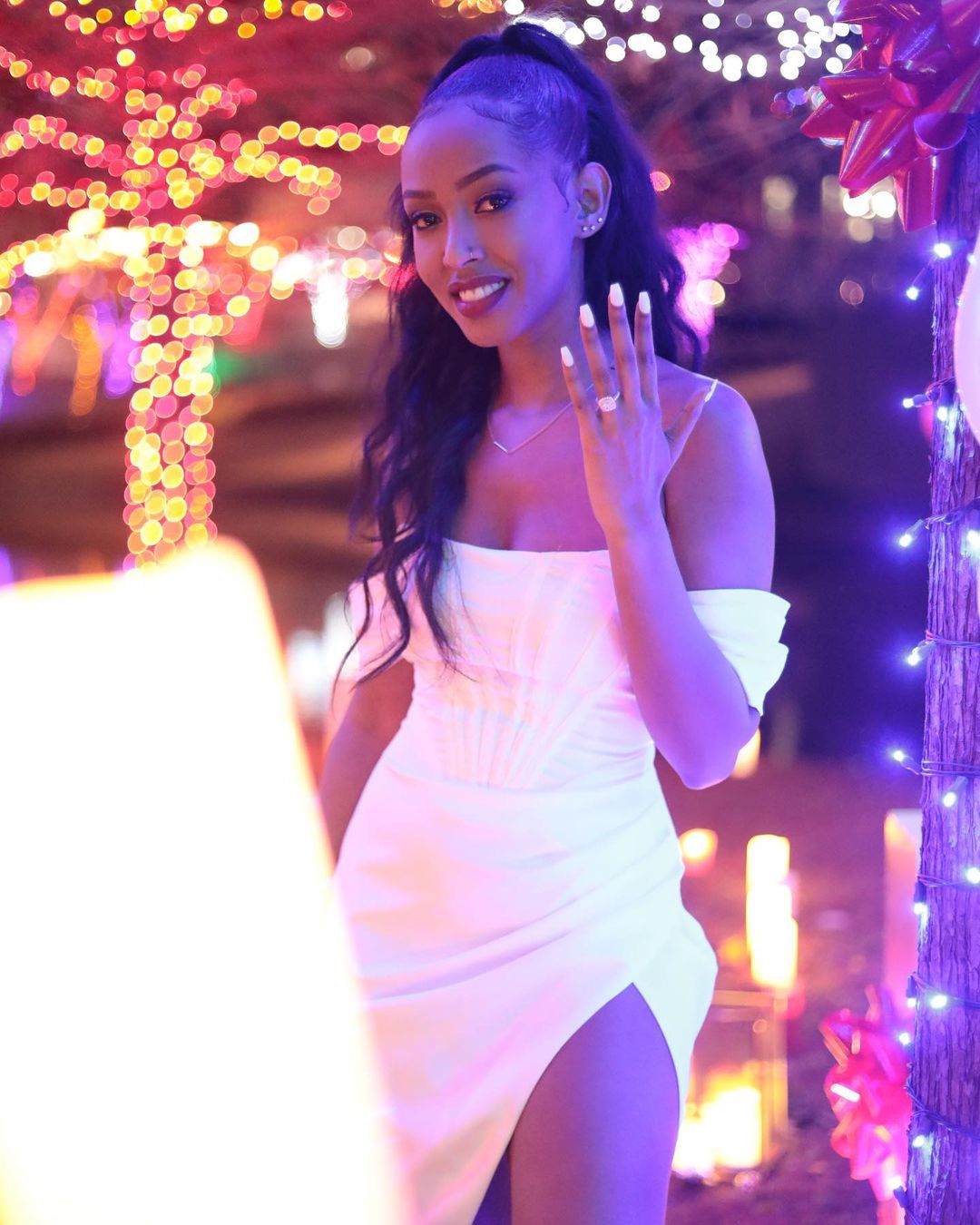 Meddy went ahead to celebrate the New Year with the family and the mother accepted Mimi in the family. Later on, the couple went back to the USA.

On December 18, 2020 Meddy popped a question and asked Mimi to be his future wife as he put an engagement ring on her finger in front of friends and family members.

While speaking to local newspapers, Meddy revealed that the wedding is coming soon and according to close friends of the couple, the wedding is set to happen mid this year. 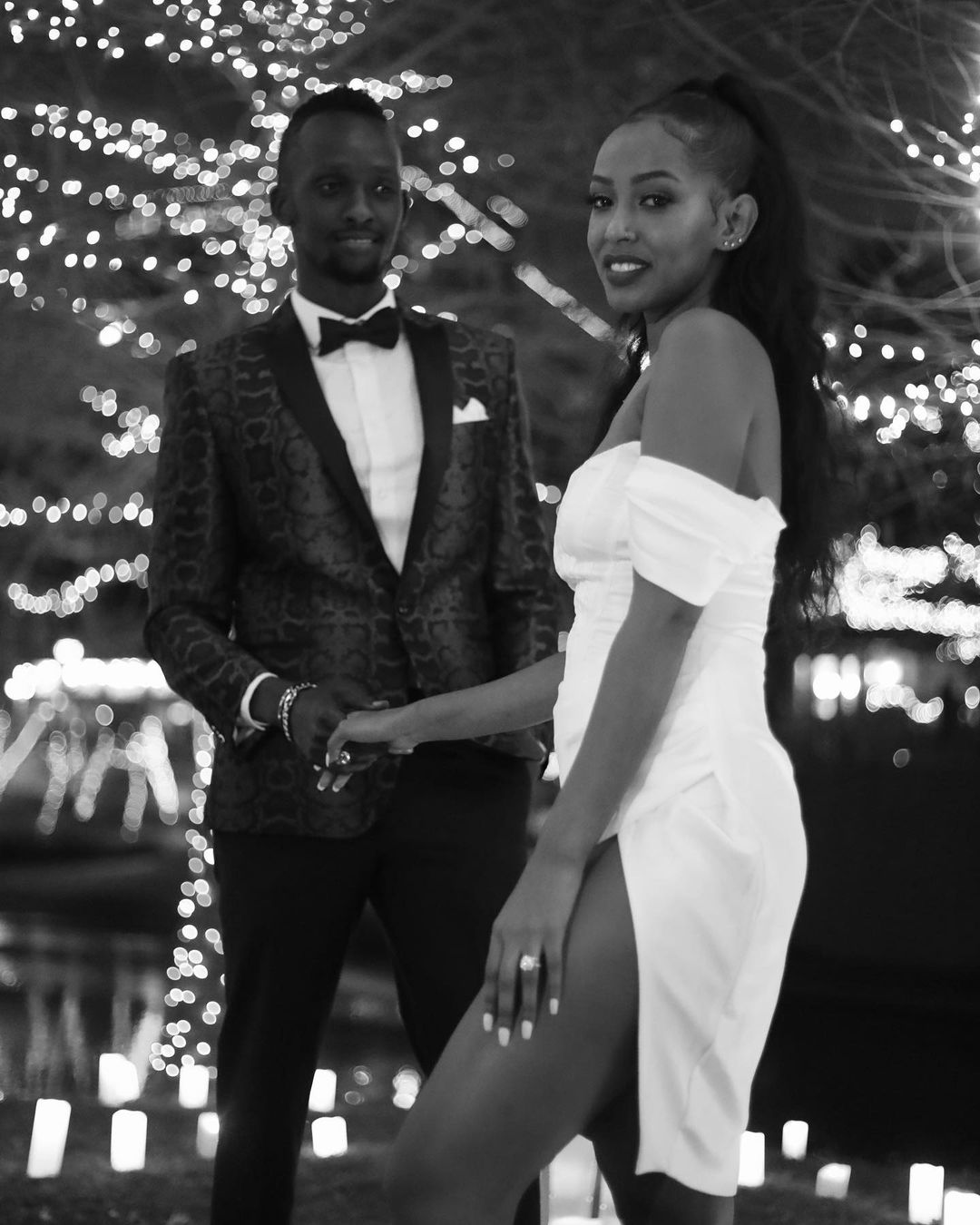 On this list, we also have Emmanuel Nshimyiyumva known as Emmy on stage. He left the country in 2012 for the US with family but continued releasing songs. 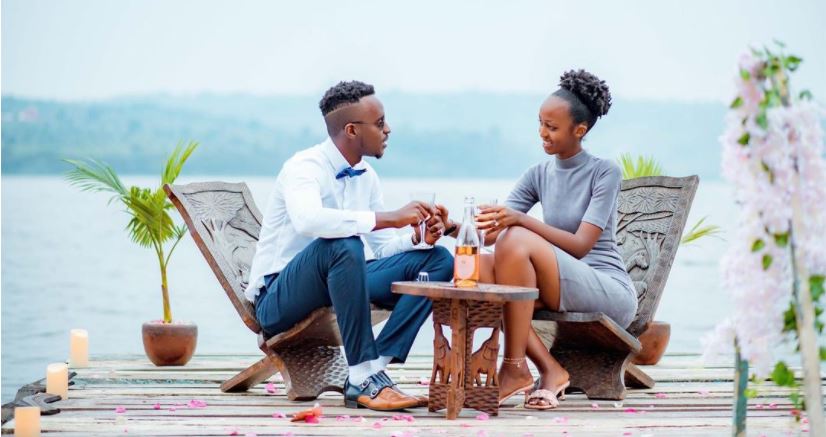 Towards the end of the year 2020, Emmy came back home to enjoy festive season with family and friends but with an agenda of proposing to her longtime girlfriend Joyce Umuhoza.

On 13th January, 2021, singer Emmy surprised his girlfriend with a ring as the latter was celebrating her 25th birthday in a ceremony attended by close friends.

Emmy went ahead to break the news to the entire nation via instagram with love message “I choose you and I will choose you over and over again without a doubt, distance was just a test of how far our love could travel…I’m proud that we finally made it! Thank you for trusting me. I love you Hoza.” 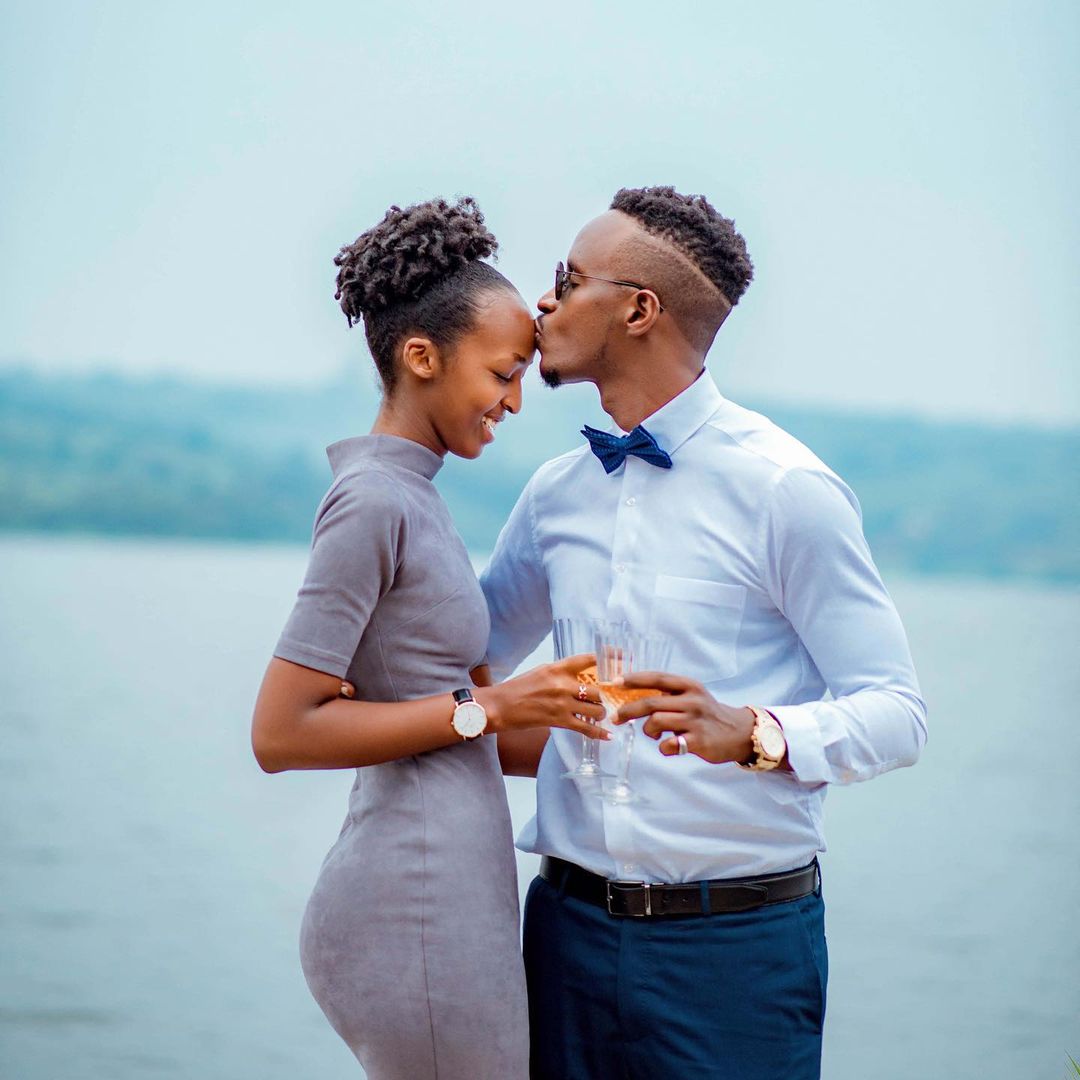 Before hooking up with Emmy, Hoza real name Joyce Umuhoza was in a relationship with upcoming musician and actor Peace Jolis. After breaking up with Jolis, Joyce and Emmy started dating undercover in 2018.

The last one on the list who is under pressure from fans and might also give us joyful memories is The Ben real name Benjamain Mugisha.

‘This is love’ hit maker The Ben and longtime rumored girlfriend Miss Pamela Uwicyeza recently showed the world that indeed they are in love.

On The Ben’s latest birthday bash, Pamela couldn’t hide fondness towards The Ben amidst the celebrations.

She took over to instagram and posted two words ‘Butter/Jelly’ accompanied by images cuddling The Ben, which cemented the intimacy between them.

The post attracted hundreds of comments from friends, family and fans including The Ben himself replying in simple words ‘Crème de la crème’ with love emoji which fuelled the conversation.

Word on the street has it, that the way these two are in love could give us a memorable party any time, The Ben might also follow his peers Meddy, Kitoko, Emmy and pop.