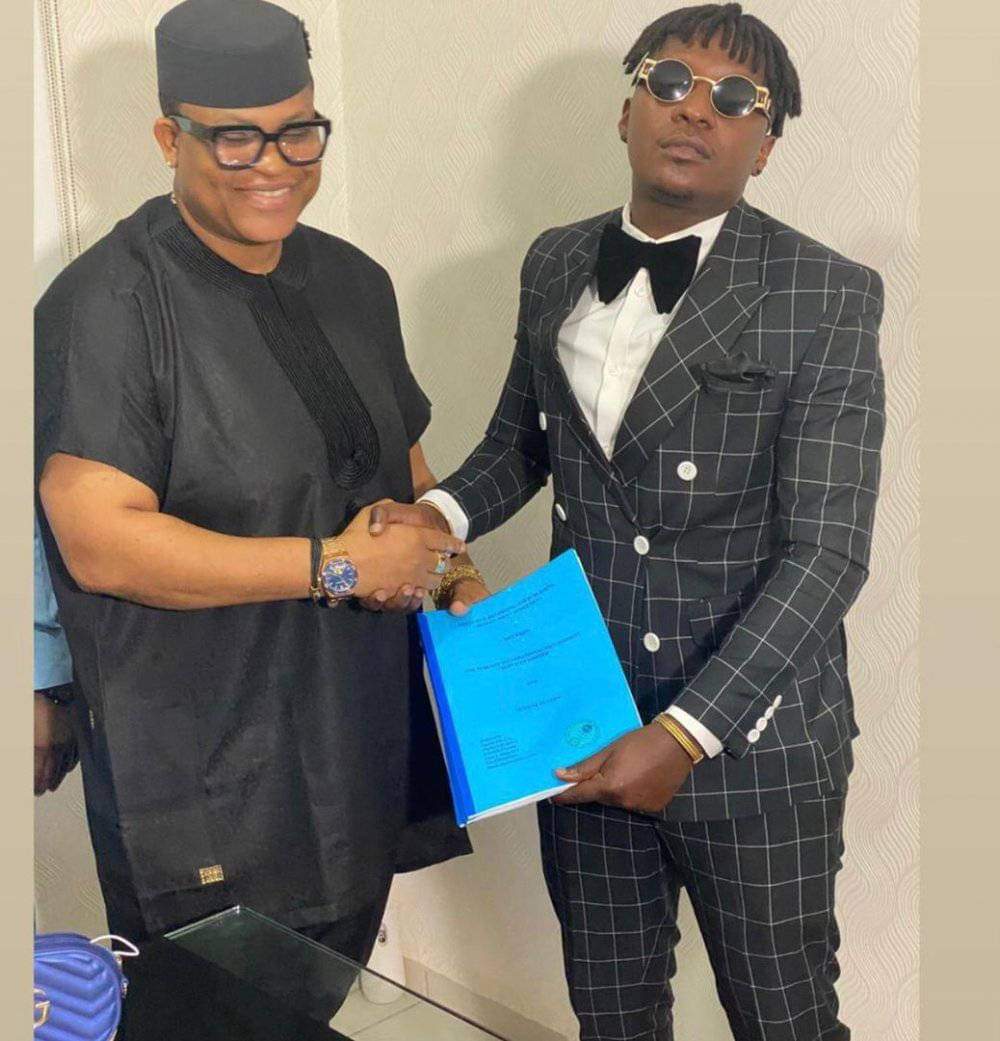 The singer has been working with Kina music label on a mutual understanding and according to the deal, One Percent MGT will work side by side on Platini’s music projects.

One Percent MGT is famous for signing musicians and movie stars across Africa with the aim of promoting their artistic products to the international market across the globe through its franchise in South Africa, USA and United Kingdom.

Platini was introduced to One Percent MGT by a Rwandan movie actress and close friend Isimbi, who happens to be managed by the same company also.

The Aba X hitmaker promised to explain in detail about the new contract when he returns back from Nigeria.

He will also shoot a video of his latest song which is also courtesy of the new management team.

Ever since he launched his solo career, Platini has been praised by many for dropping massive hits but also advised to hire a well-organized and specialized team to manage his promising career for greater heights.

Nigeria is Africa’s music hub with musicians like Wizkid, Burna Boy , Davido and Tiwa who have managed to Penetrate globe music market.

If the deal works in favor of Platini, no doubt Rwandan music will also be recognized globally.

Recently while talking about his solo music career live at KT Radio, Platini P vowed to use all strategies at his hand to take his music career on another level.