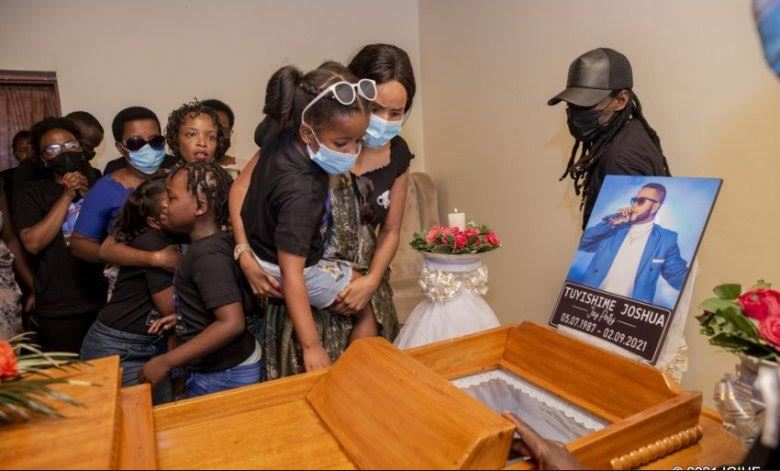 A las! Family, friends and fans of Rwandan rapper, Jay Polly today managed to say their last goodbyes to the singer who passed on three days ago.

The rapper (real name- Joshua Tuyishime) succumbed to death while in Nyarugenge prison. The 33-year-old star rapper was reported dead on Thursday September 4, 2021 after.

A medical post-mortem report released today at Kacyiru hospital confirmed that the Jay Polly took a concoction of methanol which caused his heart failure.

Tuyishime was this Sunday laid to rest in Rusororo Cemetery in Kigali in a select ceremony that was attended by his ex-wife Sharifa Uwimbabazi and their two daughters, State Minister in Ministry of Youth and Culture Edouard Bamporiki, and several artists. 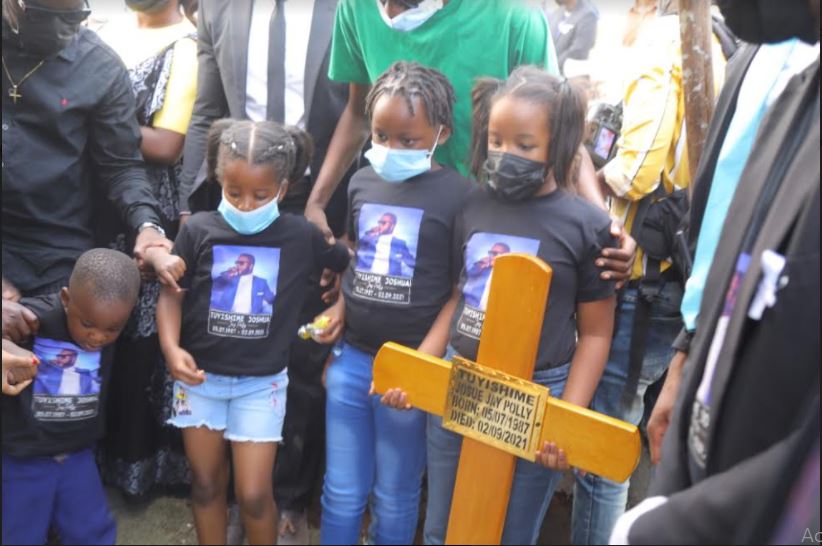 Bamporiki said that Jay Polly was a young and talented artist whose journey in life ended suddenly but he will be remembered as a friend of Rwandans.

This Saturday evening, in a Bank of Kigali (BK) Muzika Iwacu music show run on the national broadcaster- RBA TV, Rwandans joined hands and minds to remember the legacy and happy moments in the life of Jay Polly.

The show was considered a consolation to many fans who had earlier on wished to have the rapper to be sent off in an in-person public event where mourners can be required to take a COVID-19 test and be vaccinated.

In the meantime, family and friends have put out a public fundraiser project https://gofund.me/5050facd to raise money to support Jay Polly’s two young girls, to stay in school.

May the soul of Joshua Tuyishime, “Jay Polly” Rest in Peace.