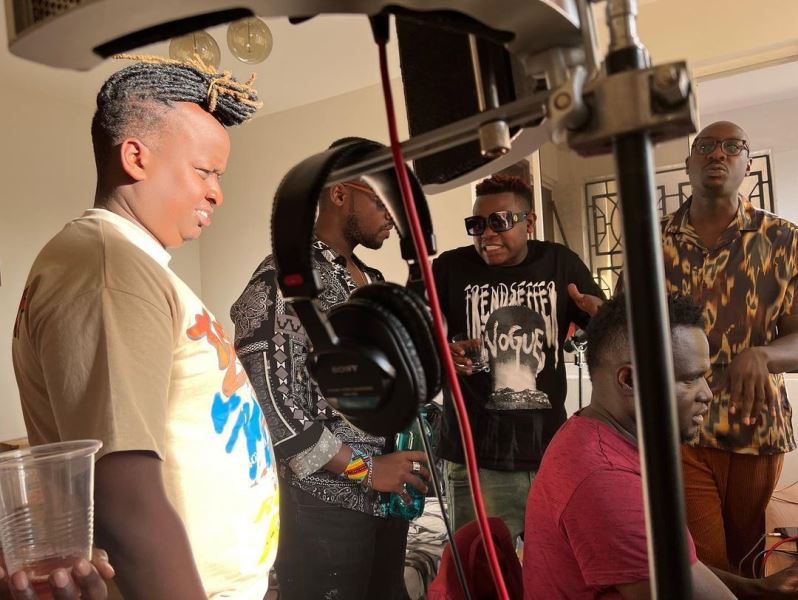 This comes following the picture Brue Melodie posted on his official social media platform in the studio together with Bien Ame and audio producer Made Beats which makes it clear that the two are working on a new record.
‘The kitchen is extra hot with my brother @bienamesol’ he captioned the image.

The singer is currently in Nairobi for a media tour aimed at promoting his music and to record a song on the side-lines of the tour.

Sauti Sol members are currently working on their solo projects and the members agreed to hit back the studio to record as a group after one year. For this reason, Bien Ame is recording a song with Bruce Melodie without Sauti Sol.

Over the weekend, Melodie performed for his Kenyan fan base and the revelers were seen in the video dancing to his songs.

His hits like Katarina, Sawa Sawa featuring Khaligraph Jones of Kenya are over played in Nairobi’s night clubs.