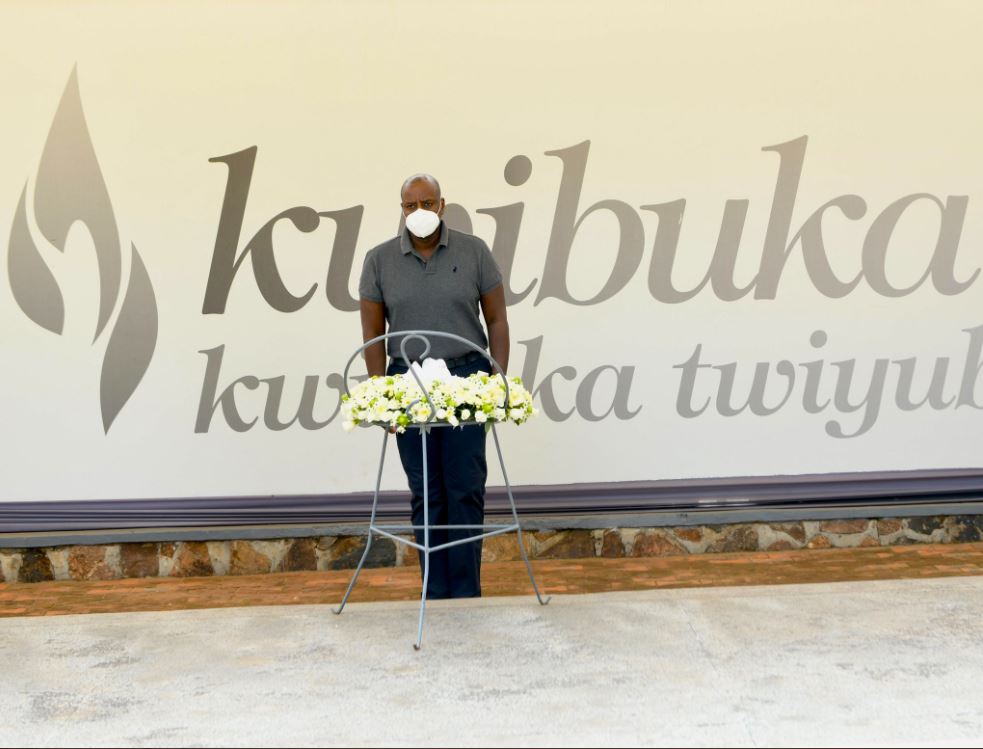 Lt. Gen. Muhoozi paid tribute to victims of the 1994 Genocide against the Tutsi.

Lt. Gen. Muhoozi Kainerugaba on Tuesday visited the Kigali Genocide Memorial where he paid tribute to victims of the 1994 Genocide against the Tutsi, as part of his three-day visit to Rwanda.

Gen. Muhoozi, who arrived in the country on Monday, laid wreaths on the resting place of over 250, 000 victims of the genocide against the Tutsi before bowing and paying his respects.

The 47-year-old, who is Uganda’s Senior Presidential Advisor on Special Operations and Commander of Uganda People’s Defence Force (UPDF) Land Forces, on Monday evening met President Paul Kagame, with whom he discussed a number of issues relating to Rwanda-Uganda bilateral relations.

Gen. Muhoozi, who is President Yoweri Museveni’s son, has been leading efforts to restore ties between the the two neighbouring countries. His latest visit, the second in two months, was on invitation of President Kagame. He is expected to participate in a number of activities over the three days of his stay. 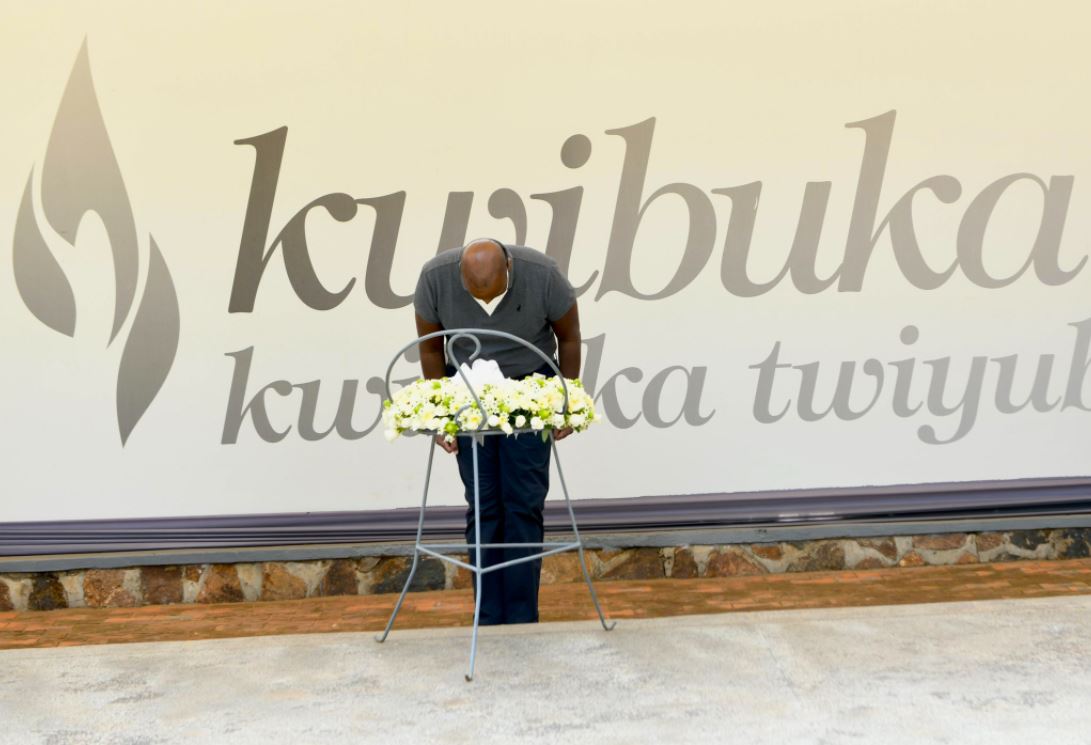 General @mkainerugaba, Senior Presidential Advisor on Special Operations and Commander of the land forces of the Uganda People's Defence Force (UPDF) paid respects to victims of the Genocide against the Tutsi. pic.twitter.com/gfxb9JdTx8