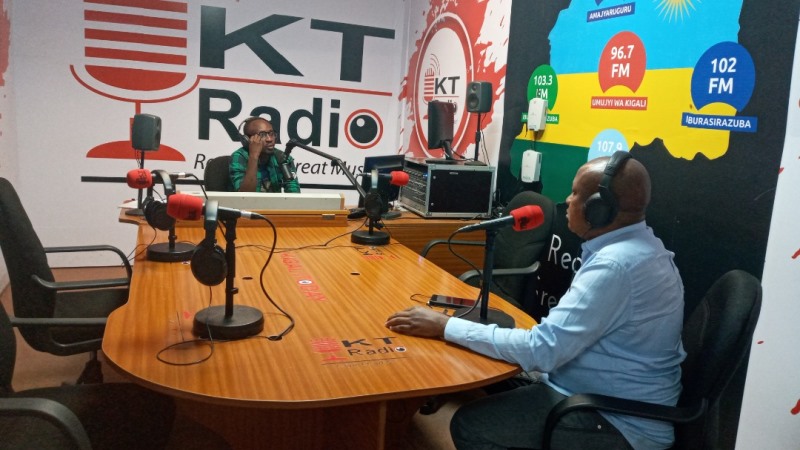 Celebrated artiste manager Alex Muyoboke calls out event organizers to balance the pay cheque for local and foreign artistes in the same concert if they real want to boost local music industry.

Muyoboke questioned event organizers logic of paying $ 500 to a Rwandan artist to perform alongside a Nigerian musician paid over $ 20,000, yet “Rwandan artists these days do better on stage than foreigners.”

The Ex-manager of Tom Close, spoke his mind live on KT Radio while addressing the ongoing wave of Nigerian artists flying in and out for shows paid fat cheques on every music event.

“I am not saying that they should stop using foreign musicians but, they should rise the pay cheque of local musicians at least. If a Nigerian musician is paid $ 5000, a local artist should be paid maybe a half of the price but not $ 500. We should not undermine our own artists,” says Muyoboke.

He continued saying that local artists have proven to them that they have a big audience that loves their music which can fetch lots of cash to event organisers.

“Recently Bruce Intore, a renowned event organizer, organised the first local musicians’ event,  Trapish Concert and it was a sold-out show without a foreign musician. Our musicians can perform better if given the chance and trust,” Muyoboke further said.

He also warned local artists to stop that nonsense of paying lots of cash to foreign collaborations instead of investing the money into producing good quality music that would convince foreign fellows to cam and bargain.

Speaking out of experience, Muyoboke revealed that, while managing Charly Na Nina, Uganda’s Bebe Cool asked $ 5000 for a single tune but later he came running after them.

“I approached Bebe Cool for a featuring with Charly Na Nina. He asked $ 5000 and at the time we couldn’t afford it. So, we moved on but after releasing Owooma, Bebe Cool came running after us and paid everything to get the girls in studio including a video,” he said.

Since last year, Rwanda has received five Nigerian artists and more are yet to come. Whenever they come, they fetch a lot of cash to build their music industry leaving our very own artists struggling to pay even studio fee.

Artists like Ruger, Oma Lay, Rema, Davido and Ycee have graced Rwandan stages.  Timaya is also slated to jet in the country on Wednesday for a show.

Alex Muyoboke has been handling artists since 2008. Local musicians dream to work with him because through those years he has built a network of best producers, promoters, deejays, presenters and celebrated artists across the region which makes it easier for every artist he signs to shine in a short period of time.

Partners In TVET On How Technical, Vocational Education Is the Next Big Thing