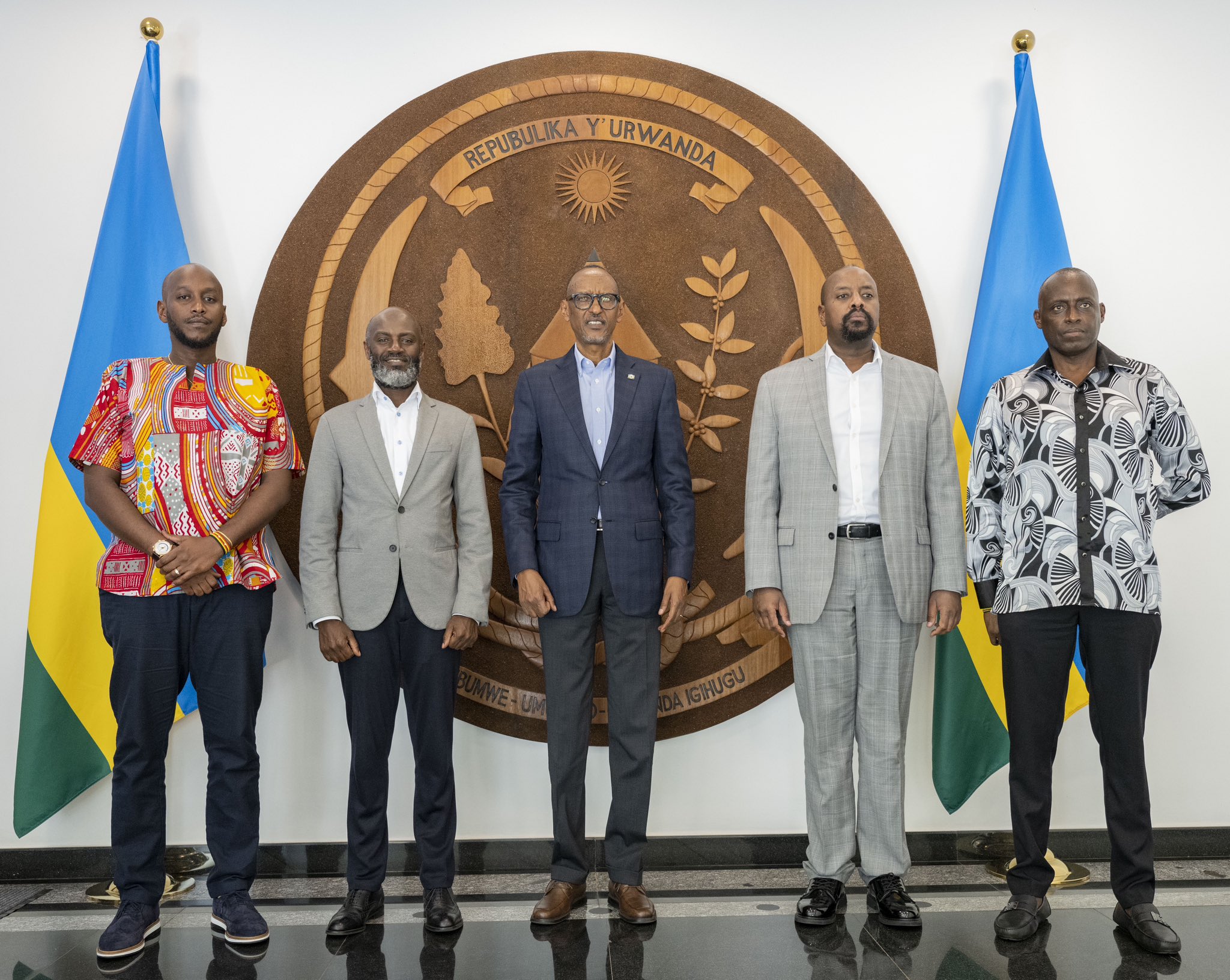 Gen. Muhoozi and his delegation paid a courtesy call on President Kagame as he concluded his visit.

Gen Muhoozi Kainerugaba, Uganda’s first son and Senior Presidential Advisor in Charge of Special Operations, who has been in Rwanda has concluded his ‘private visit’ applauding relations between two countries.

On Saturday, the former Commander of Uganda’s Land Forces met President Paul Kagame, both joined other citizens to participate in the Car Free Day that coincided with the International Day Against Breast Cancer on October 17.

His recent visit to Rwanda, is the third this year. The first trip was in January, when he got involved in efforts to mend ties between Rwanda and Uganda on a bilateral basis.

“Very happy to be back home after another very successful visit to a beautiful Rwanda, and after more great discussions with my great uncle [email protected],” Gen. Muhoozi Wrote on Twitter.

Gen. Muhoozi, whose controversial tweets have recently made headlines, pointed out that Uganda and Rwanda are ‘now strong countries’.

Following a string of contentious tweets in early October in which he threatened to attack Kenya, his father, Ugandan President Yoweri Museveni stated on October 17 that his son will no longer tweet on the affairs of the nation. 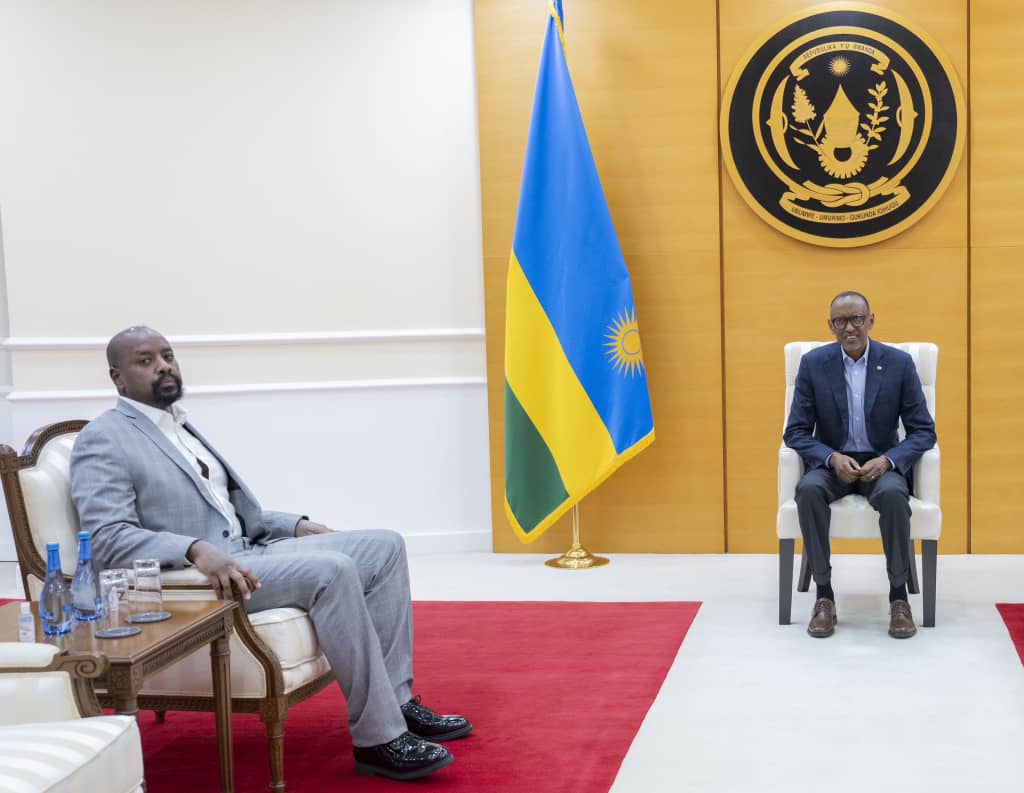 The 48-year-old General Muhoozi Kainerugaba, the head of state’s eldest son, had outraged the Kenyan neighbour with his public unpleasant remarks. He stated that it would take him and his army “two months,” not “two weeks,” to seize control of Nairobi, the capital of Kenya.

During his ‘private visit’ to Rwanda, he was filmed together with President Kagame at his farm.

The forty-eight long video posted on twitter also captured a journalist Andrew Mwenda and other individuals who were at the farm. 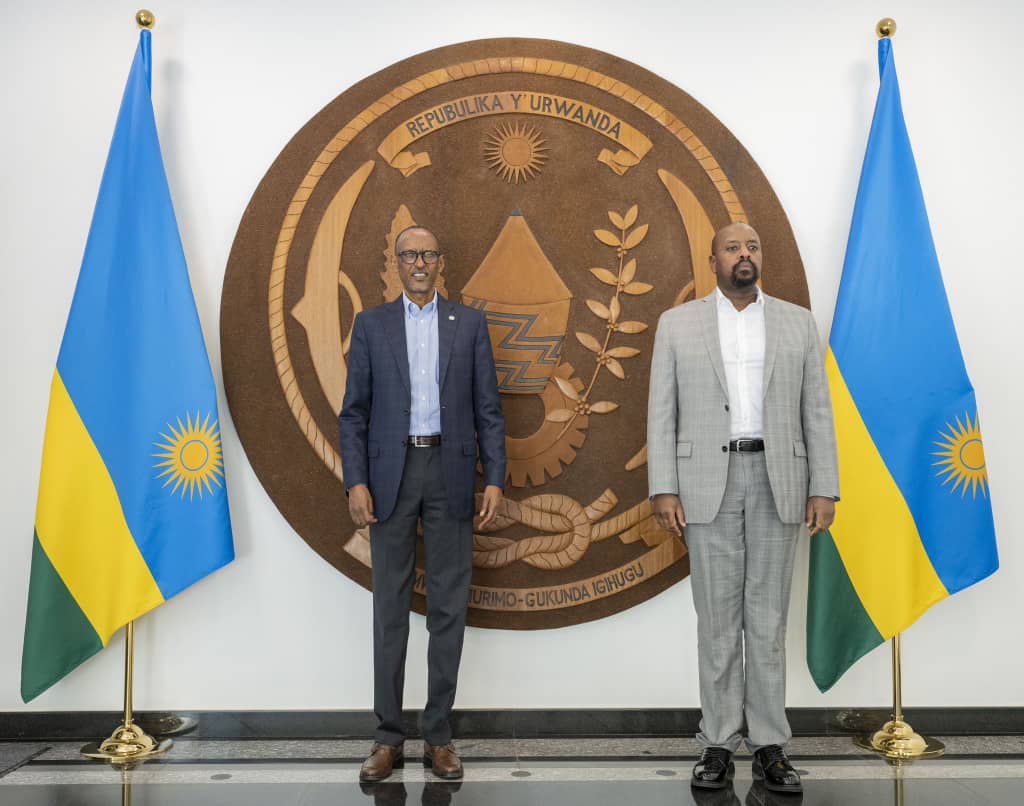 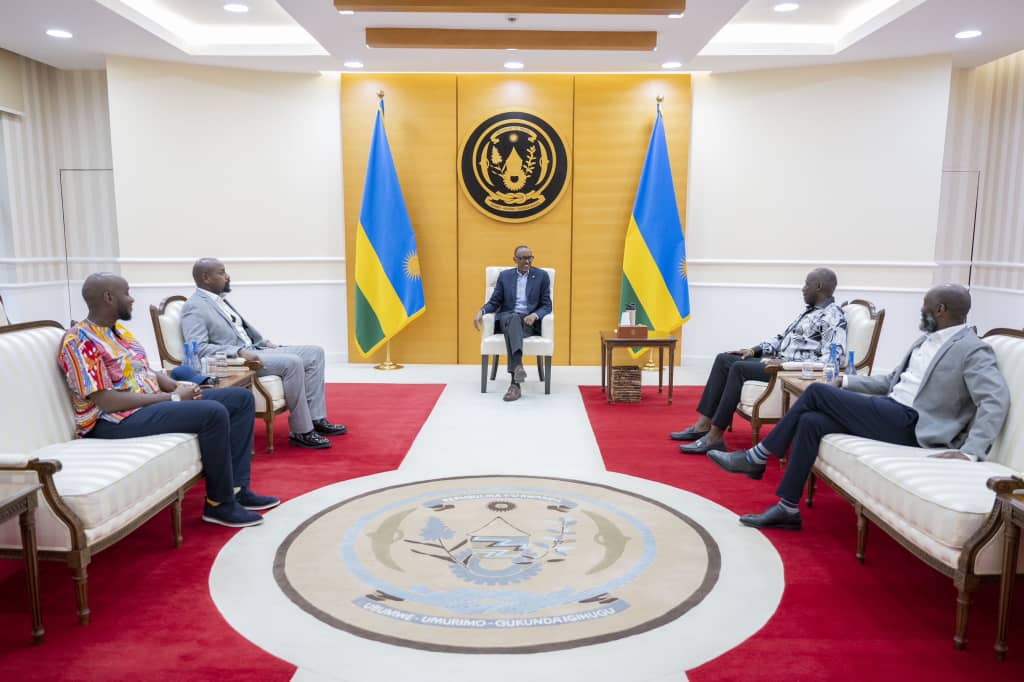