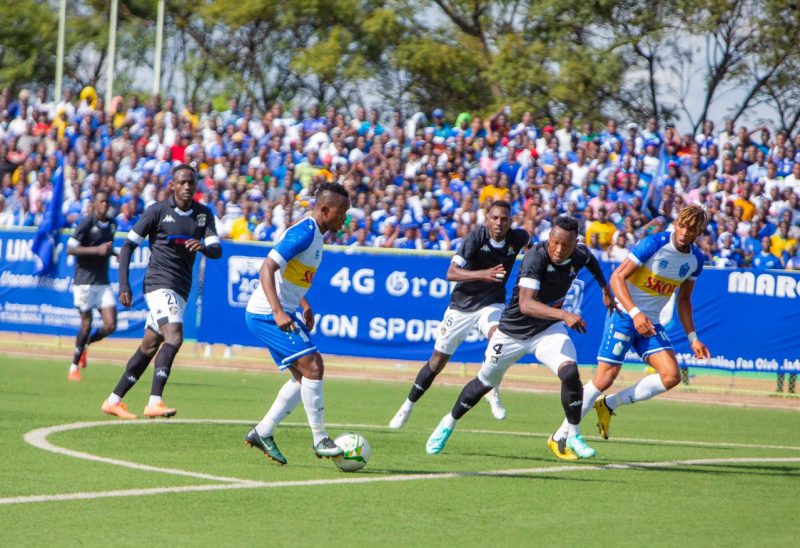 Rivals Rayon Sports and APR played out a goalless draw in their first leg of their 2022 Peace Cup semi-final on Thursday at a packed Kigali Stadium.

Rayon Sports had the best of the first-half chances and could have opened the scoring in the 3rd minute but Kevin Muhire missed a fine chance after being played through by Essombe Will Onana.

The next chance came to APR in the 12th minute but Gilbert Mugisha’s long-range effort went wide.

Rayon were forced into an early change as Onana limped off in the 31st minute to be replaced by Pierro Kwizera.

APR responded in the second half and started having more of the ball but neither side could find the net, leaving things wide open going into next week’s second leg.

It felt like a missed opportunity for Rayon Sports, who had the edge over APR for most of the game but could not get a win that they would have deserved.

The winner with a superior aggregate score will face either AS Kigali or Police FC, who face off tomorrow in the other semi-final at Kigali Stadium