The grandmother to Benjamin Mugisha a.k.a the Ben – a Rwandan music star couldn’t help breaking in tears when she reconnected with her grandson who landed in Kigali from the United States of America today ahead of a homecoming East African party due on January 1.

The RNB star left for United States in 2010. It was an emotional reunion as The Ben, who touched at Kigali International Airport at 11h30 am, marked the end to a six years wait for his grandmother.

“Please open I hug my son…thanks to the Lord who brought you my son,” said the emotionally looking mother in her sixties while rushing to a black SUV ferried the RNB star from the airport.

The Ben’s bouncers in black costume, naturally wanted to block the way to the mother who dressed in Kitenge – the African style, but the grandson abruptly rushed out for a hug which also triggered his emotion that ended in tears.

“I have been preparing a great concert for my Rwandan fans. I am here for them. I can’t find words to express my happiness of being here. Let’s just meet on January 1st,” The Ben told journalists who had camped at the airport for hours. Scores of fans also flocked the airport to receive the ‘Roho Yanjye’ star. They all wore T-shirts branded “The Ben Welcome”

The Ben is in Kigali for a mega concert on January 1st at Amahoro National Stadium where entry fees range from Rwf10, 000 for VIP and Rwf5000 for other places. Featuring in his concert include other Rwandan musicians such as Buravan, Charly & Nina and Bruce Melody, among others.

The Ben’s performance is scheduled a day after other big fish in Music industry will have thrilled Kigali Music enthusiasts. On December 31, Congolese Rumba star Koffi Olomidé will perform at Radisson Blu and Kigali Convention Center.

According to event promoters in Kigali, this is probably the most expensive concert ever in the history of the country, where tickets for VIP seats were hiked to Rwf500,000. During the concert of the Ekoti te star, Rwandans will enjoy fireworks from the upper side of the Kigali Convention dome. 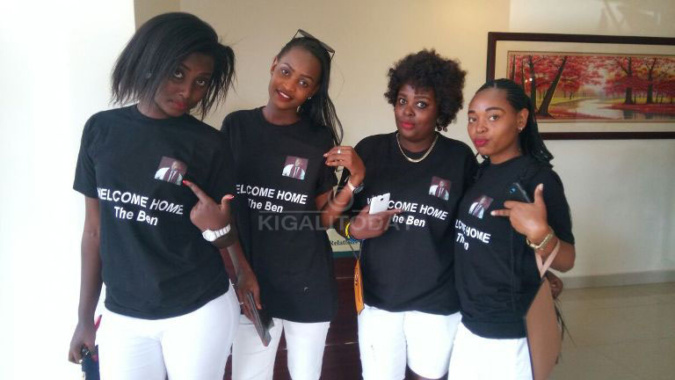 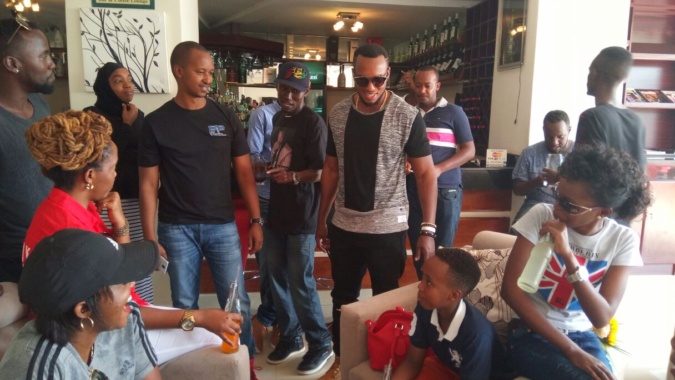 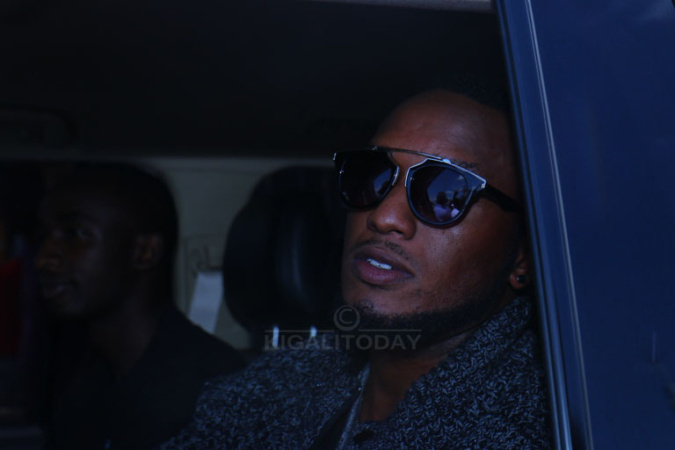