‘We Have Won Many Battles’ – Kagame in Nyanza 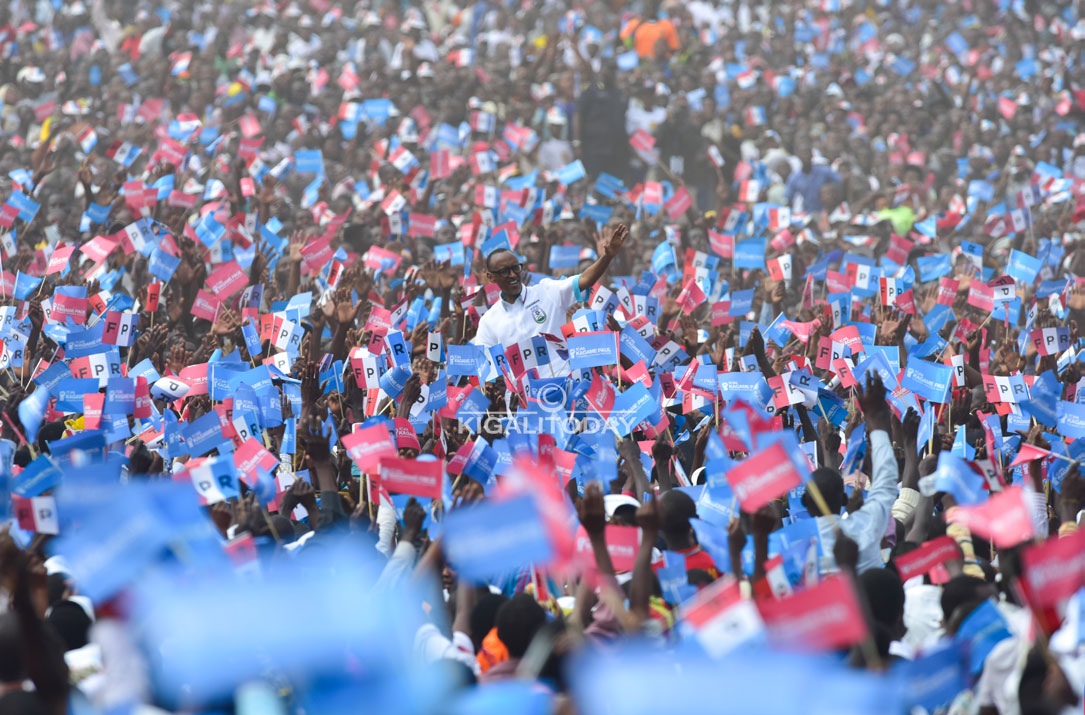 As Day-one of the campaigns winds up, Presidential candidates are just beginning to feel the heat of convincing voters to choose them.

Candidate Kagame fired the first shot at major opponent DGPR party saying, “In RPF, we are greener than the Green Party,” he said amidst wide applause from Nyanza supporters.

He said that RPF is supportive of different views from other political parties especially the 8 opposition parties that decided to rally behind RPF.

“I thank them because they chose another path. In any case, we shall meet on the same point of developing our country,” said Kagame.

“We have won many battles. But we do not boast. We win with humility and tolerance for others who may think differently,” he said attracting huge chants from supporters, adding, “We respect human rights, we have no time for lessons from anybody… give us space to develop.”

For Kagame whose party RPF won previous elections with a landslide has regularly received tough criticisms but while meeting party supporters in Nyanza district, he had these words for critics;

“Today those who call our context undemocratic are their own proof of time they have wasted preaching democracy to others. Those who want to criticize what is none of their business are free to waste their time. We use our time to build our country.”

He said that what comes first in democracy is the will of the people and respecting the rights of every citizen.

Earlier in Ruhango district, Kagame told party supporter that Rwanda’s history and context is unique. “We have to be proud of who we are and do what is right for us”.

Meanwhile, as Kagame was courting voters in Ruhango and Nyanza districts, Dr. Habineza  of DGPR party commonly known as Green party was dancing with a handful party supporters gathered at Muganza sector in Rusizi district.

He told party supporters that if he wins elections , his government will increase salaries of teachers and Police  officers. Green party also intends to remove land tax.

Independent candidate Mpayimana attracted a handful supporters in Nyamata town. If he wins elections he told seemingly youthful supporters that his government will scrap general taxes but retain taxes on profits made on products or services. “For example there will be no need to pay land taxes,” Mpayimana said.