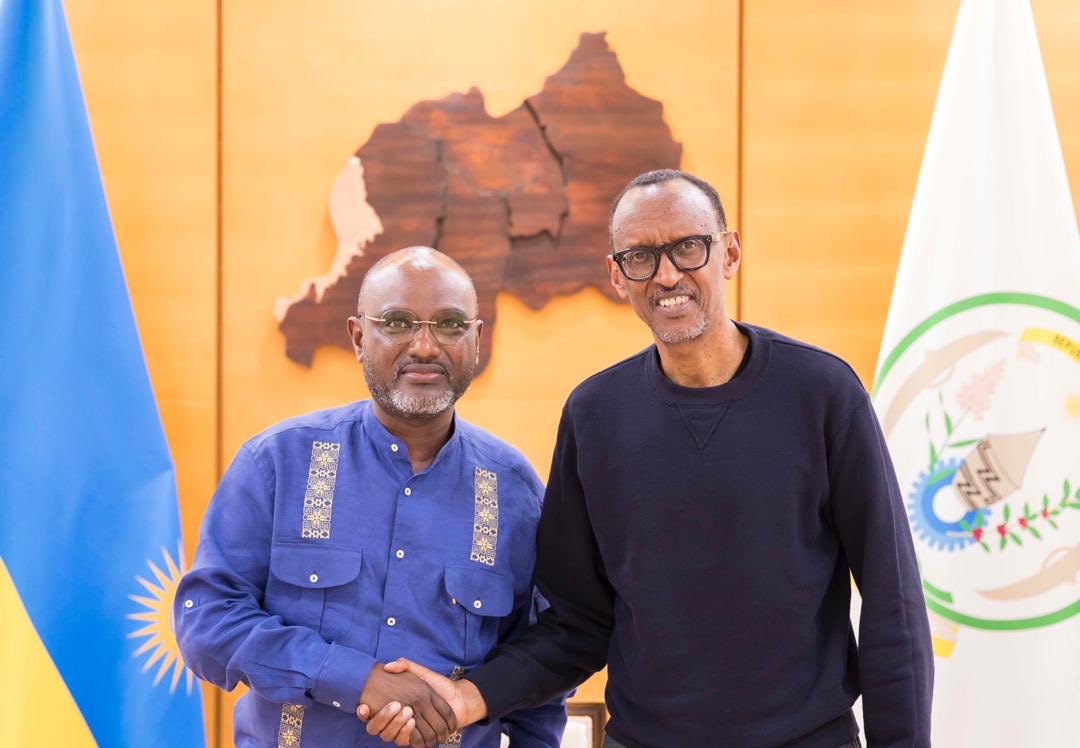 On Sunday evening, Kagame held a “positive” meeting with Ambassador Adonia Ayebare, President Museveni’s Special Envoy, who traveled to Kigali with a message regarding the two countries’ relationship, a statement from President Kagame’s office said. 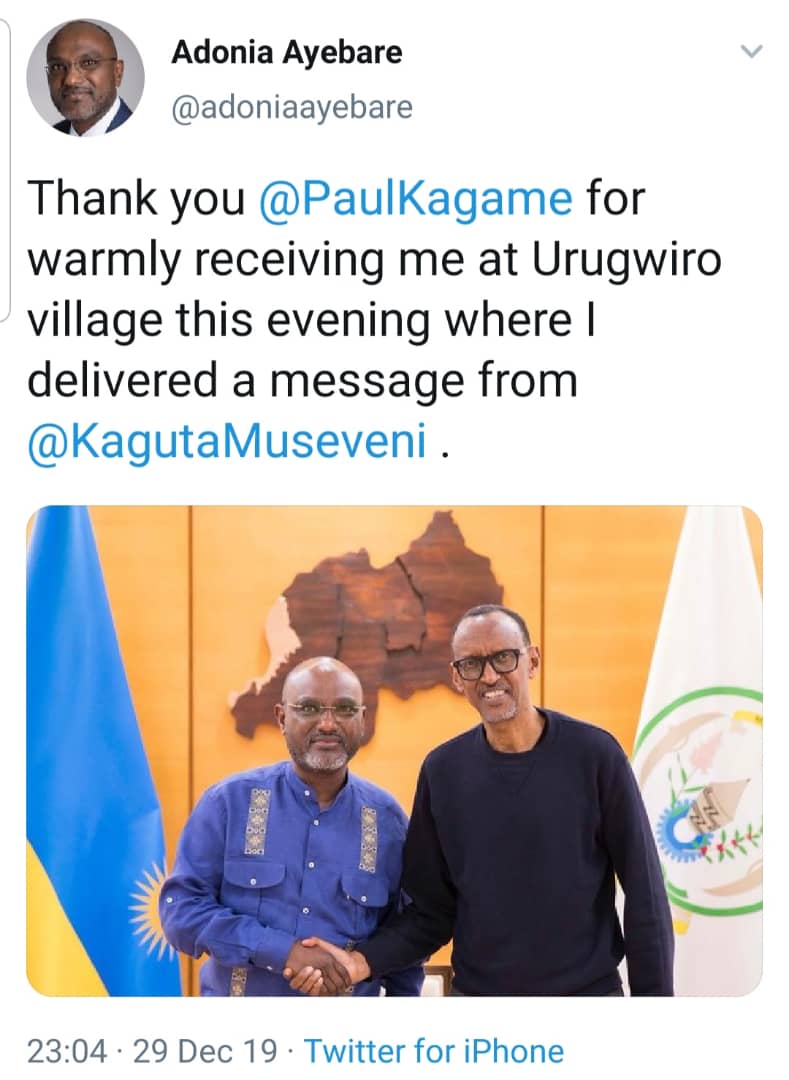 The two countries have had sour relations since 2017. Rwanda accuses Uganda of torturing its citizens.

In December 13, the second meeting of the Ad Hoc Commission on the Implementation of the Luanda Memorandum of Understanding between Rwanda and Uganda took place in Kampala, Uganda.

At the meeting, Rwanda presented 7 key issues which it said Uganda should respect in order to solve the issues between the two countries.

These include lack of Commitment, where Rwanda said that there has been lack of commitment by Uganda in the implementation of the Luanda Memorandum of Understanding (MoU) and the Kigali Communiqué issued in September this year in the capital Kigali. 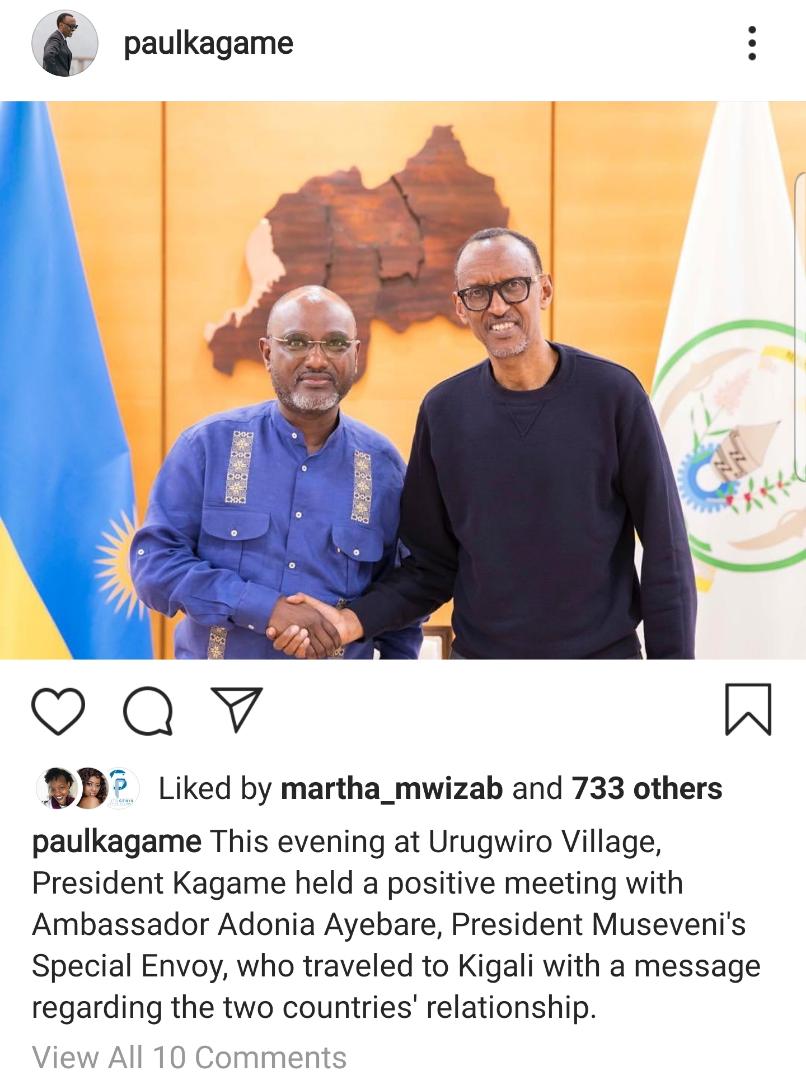 At the meeting, Minister Olivier Nduhungirehe said that instead of working on the recommendations of the agreement, Rwanda has seen an escalation on the most contentious issues that Rwanda has repeatedly raised, with Uganda and with the facilitators.

Rwanda maintains that Uganda continued to offer support to armed groups attempting to wreak terror on Rwanda. Operatives and leaders of these groups continue to receive facilitation and safe passage in Uganda including by senior officials of the Government, Rwanda said.

To cite an example, Minister Nduhungirehe said at the meeting that during the night of 3rd leading to 4th October 2019, a deadly terror attack was carried out by a militia group known as RUD-Urunana, in the Kinigi sector of Musanze District, Northern Province.

During the Kampala meeting, Uganda proposed for a new commission to further discuss Rwanda’s concern, but Rwanda said there was no need for the commission, saying the Ad Hoc Commission established by the Angola agreement can address them.

This time, it was Adonia Ayebare – a seasoned journalist and diplomat who currently serves as Uganda’s President Museveni’s special envoy.

Ayebare not new to Rwanda.

From 1996 until 1998, Ayebare worked as a staff reporter at the East African Business Week, based in Kampala, Uganda.

Between 1998 and 2000, he served as an information officer with the Integrated Regional Information Network (IRIN).

His diplomatic career began in 2001 when he was appointed as Uganda’s Principal Adviser and Special Envoy to the Burundi peace process, serving in that capacity until 2008.

Between 2002 and 2005, he served as Uganda’s Ambassador and Head of Mission to Rwanda and Burundi.

In 2005, he was transferred to Uganda’s mission at the United Nations, based in New York, serving as Deputy Permanent Representative and Chargé d’affaires, until 2008.

In 2009, he was appointed as Director of the Africa Program at the “International Peace Institute”, a think tank, based in New York, serving there until 2011.

You Have Been Dismissed – Prime Minister Tells Demobilisation Boss